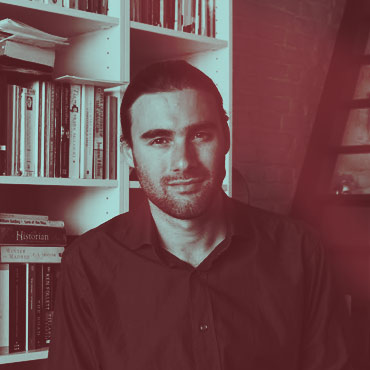 The teacher was very attentive to my request and able to tailor the course in order to achieve my objectives. Each lesson was very well prepared and structured. I was very happy with the classes and I have a very good opinion of the teacher, he was always willing to listen to my requests and a good motivator. (...)

Enrica
The course was dynamic and it gave me all the information I needed to fulfil the IELTS exam. The possibility to change the course appointment 1 day in advance was very helpful to coordinate the course with my other tasks. (...)

Bernabe
The course programme covered all topics which are necessary for the student who wants to revise and improve the knowledge of written and spoken English. (...)

Tom has been working as an ESOL (English for Speakers of Other Languages) teacher since 2009 having obtained the Cambridge CELTA (Certificate in English Language Teaching to Adults) qualification that year.

Tom started his ESOL career in Belgium working for a language school in Brussels before he set up his own private tutoring business: englishteacherbrussels.com in late 2012. Through his business Tom taught English to professionals across a wide-sphere of the public and private sector in Belgium as well as in the EU institutions.

In January 2017, Tom moved to Wellington, New Zealand, where he has been continuing his work as an ESOL teacher in Wellington based Language schools and in one of the city's universities. With a focus on academic tuition, Tom has been guiding students to success in the IELTS and CAE exams as well as teaching General English courses. In addition, Tom founded New Zealand English Teacher in 2019.

Tom is a highly experienced ESOL teacher who has helped students achieve real tangible improvement in their spoken fluency, comprehension, and written skill in the English language throughout his career. Tom has worked with students from all corners of the globe and has considerable expertise in teaching IELTS, the Cambridge ESOL exams, English phonology, and academic writing as well as General and Business English. Tom also has experience working as a speaking test examiner on standardised English language tests.

Discover the Benefits of One-to-One Courses